Apparently today is national internship day and everyone is posting about it on social media. But try as I might, and I looked everywhere, Google Photos, Gmail, my work email, I could not find any hard evidence that I was an intern at IBM from May 2007 to August 2008. The best I could do was a photo of my first team lunch (July 2007) where we went for sushi. 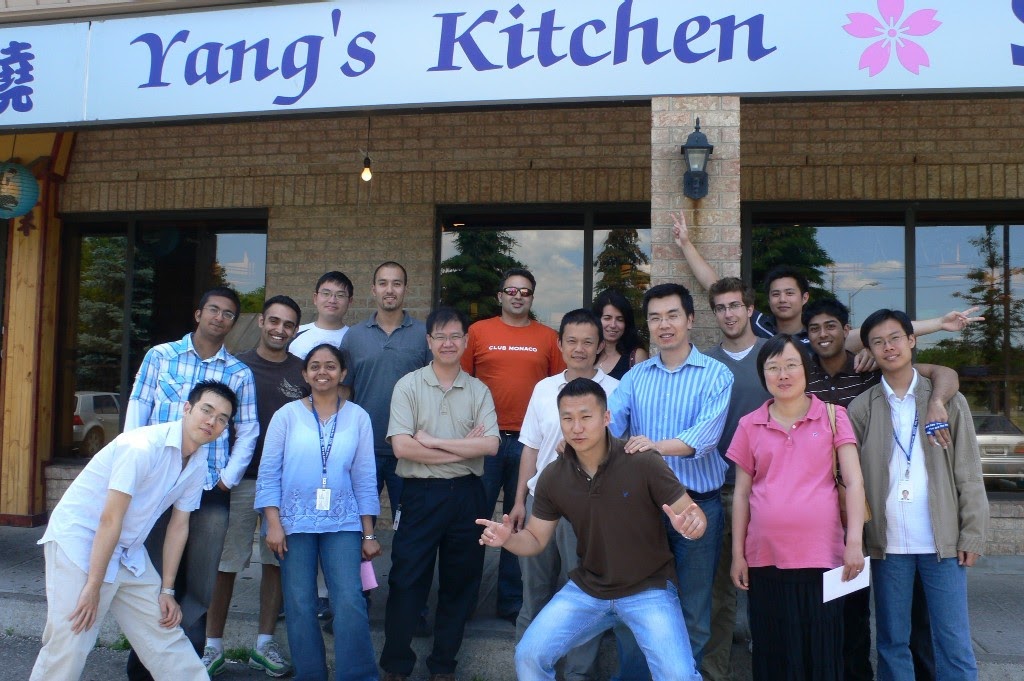 What the internship meant to me

Interning at IBM was a life-changing experience for me. I was actually not going to apply for an internship. My girlfriend at the time, who later became my wife, insisted I apply. I must have applied to 40 positions at IBM and another 40 at RIM. IBM was the only call back, which resulted in 2 interviews, 1 rejection, and 1 offer.

Getting that offer meant a lot. I was the first in my family to go to a major university and now the first to work at a major company. My grandfather and parents were so proud. You can bet they called up their family to say their kid got a job at “IBM”. Also, as a 20 year old kid, finding out I’d be making $21/hr was mind-blowing (I was baking $10/hr before that at the computing lab at university). Getting the offer to be an intern really helped to shake off some of the imposter-syndrome I had. It meant that, yeah, maybe I could make this whole engineer thing work out.

SO. MUCH. FUN. Interning for 16 months on the “WAS Install FVT” (WebSphere Application Server Install Functional Verification and Test … yes, it’s a mouthful) team was a total blast. Credit for making a fun environment goes to Benson Lam, my first team lead, who I am still friends with today. He made sure to make himself available to the interns and always put on a “smiley” face.

I probably played too much foosball in the X2 area with Vijay Rana. We would quickly eat our lunches and then spend the rest of our lunch break playing as a team against other interns. If you looked at our Sametime chat transcript, it was probably just the two of us saying “foos?” to each other over and over.

Eventually, the whole organization (Test, Dev, and Support) went out for a “WAS Day” where we played silly games and everyone was given lunch. This helped me realize that team leads, managers, and directors were just like everyone else… we all sucked at blanacing an egg on a spoon. 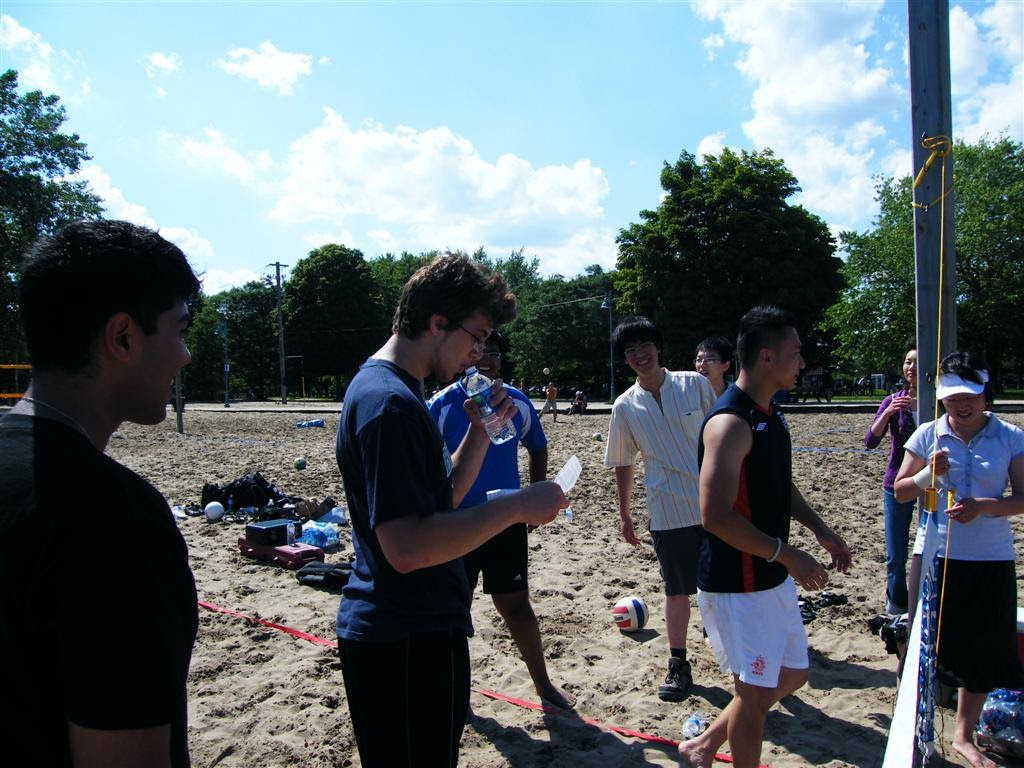 This was not unlike the episode “Company Picnic” of “The Office”.

What did I learn?

I learned a lot about Linux. We had to test WAS on all supported flavors of Linux. This included RHEL, SUSE, HPUX, AIX, and Solaris. I wrote some Java code to automate runtime tests. And a whole lot of Bash to automate the install tests.

I do know that I learned what it’s really like to work in an office type setting. How to prioritize your work. How and when to ask questions. How to network. How to share adn show your results. How to work with peers. It was all very new to me.

We were a family

It sounds corny, and maybe it was a by-product of being a naive intern, but it really felt like the WAS team was a family. The outgoing interns, Kent Chung and Hao Shen, remained friends, I got to go to both of their weddings. The incoming interns, Vijay Rana, became much more than foosball buddy, and Emily Wu became someone I looked up to. The full-timers like Behzad Salami, Nazar Abbas, and Benson Lam showed me how to hustle, have fun, and the importance of a mentor. I felt bad for schoolmates who had bad experiences during their internships, but, that made me treasure the team I had even more.

One last shot of us in 2008 when we got to meet our extended team from the US. It was the only other pic I could find. 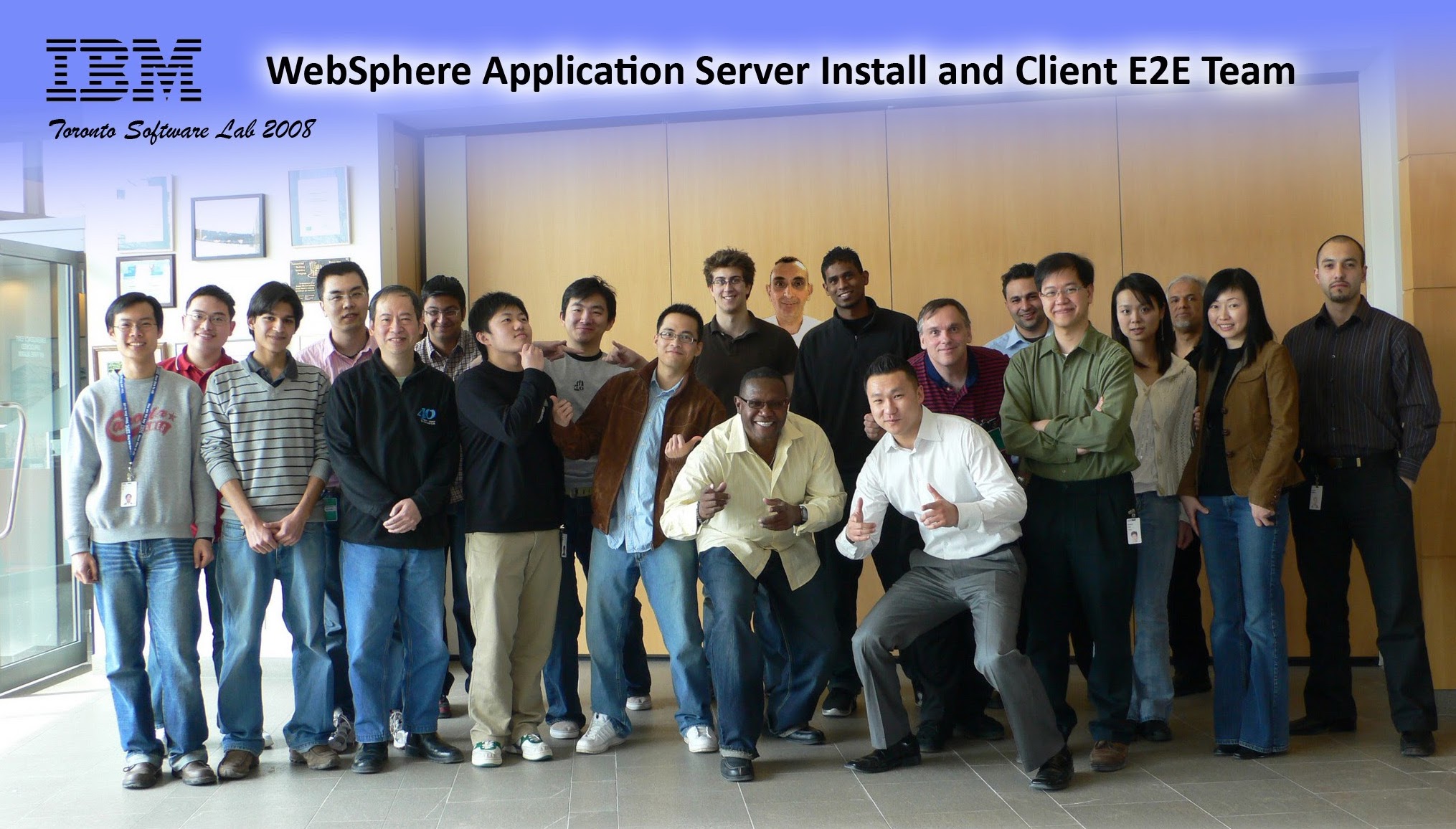 It was an honor to be part of the team. One that I’m forever grateful for and one that I’ll be paying forward for years to come.