But in each of those cases I was using a production-like cluster to test and integrate with IBM products. Which, isn’t a bad thing but did take some time to get things spun up and configured properly.

There was a need to get an instance of Cloudera Data Platform with as small a footprint as possible. That’s when I was told about the SingleNodeCDPCluster project.

Check out the https://github.com/fabiog1901/SingleNodeCDPCluster project

Below are my notes as I worked my way getting the project up and running on a single VM on IBM Cloud, and integrating it with Cloud Pak for Data.

I ssh’ed into the machine and ran the following, which kicked off a long process to install CDP.

You can get to Cloudera Manager by going to http://<public-IP>:7180. The credentials are admin/admin. 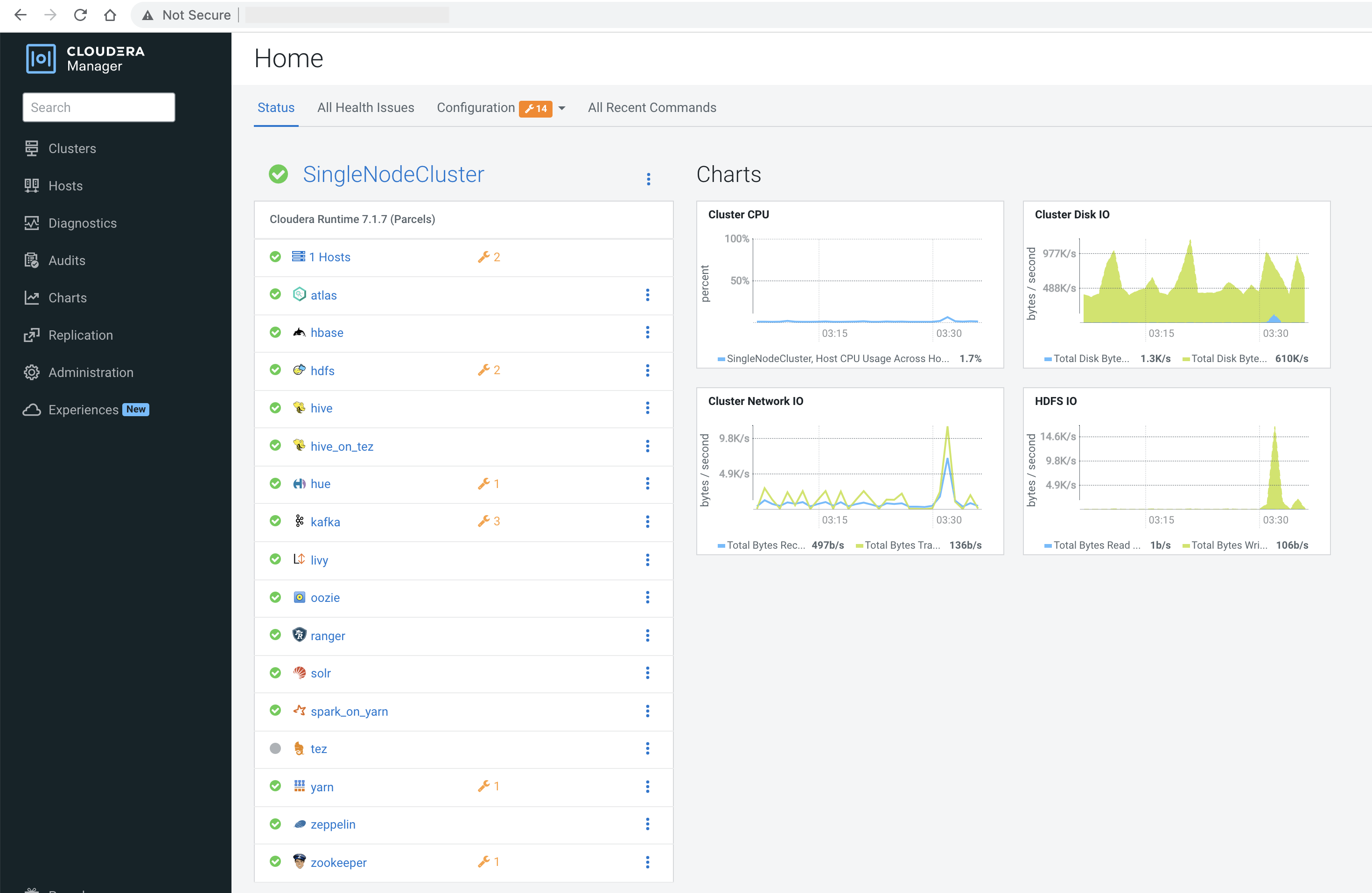 Since we’re hoping to use this for a workshop we want to use GUIs as much as possible. So to load data I decided to use Hue. Just upload the CSV file to HDFS and then load it into Hive. It’ll pick up the first row as the column header and detect it’ll be comma separated. 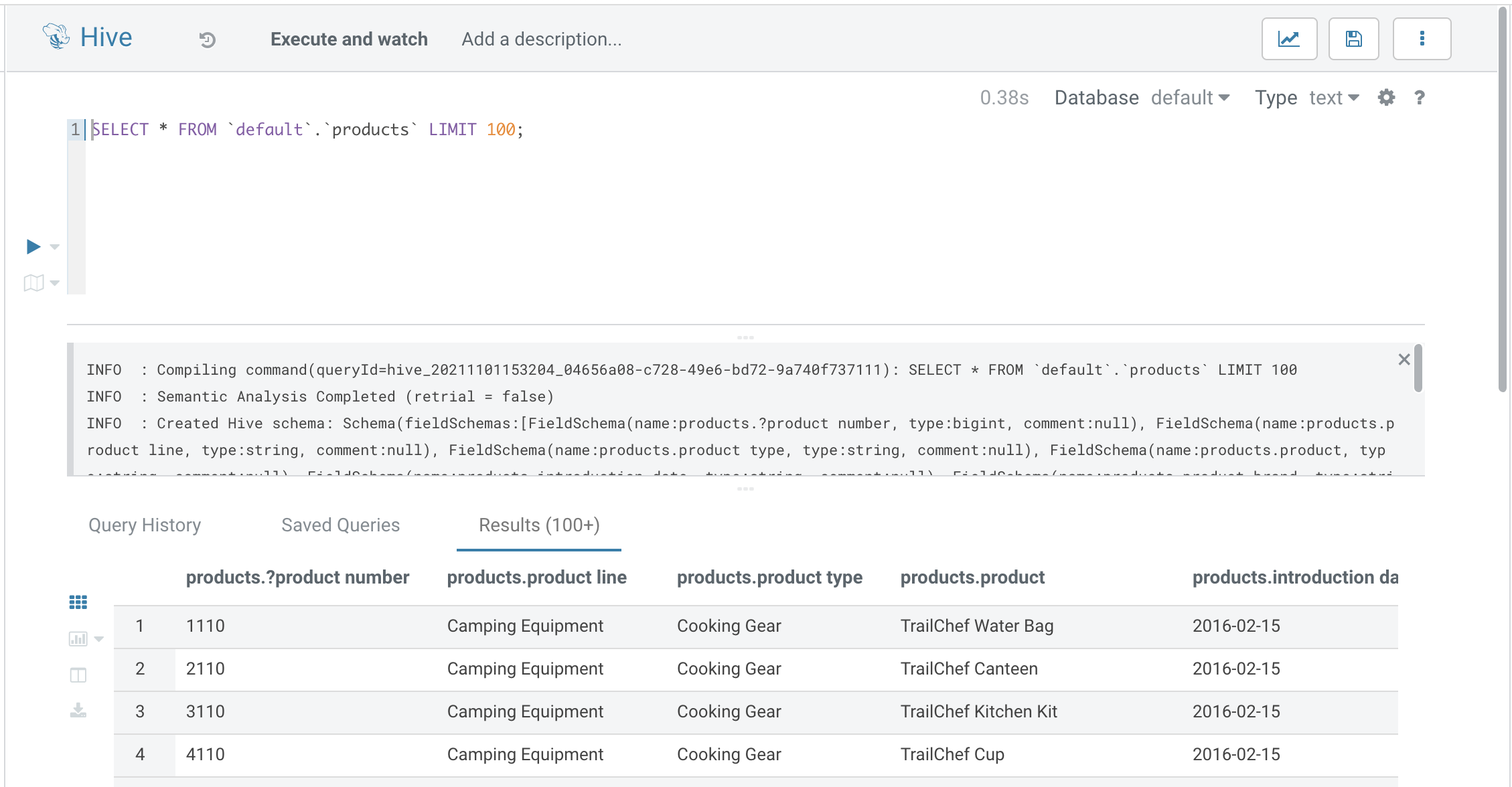 In Cloud Pak for Data go to the Connection Manager, choose to create a new one, select Apache Hive. Punch in the public IP address, port 10000, and the admin credentials. 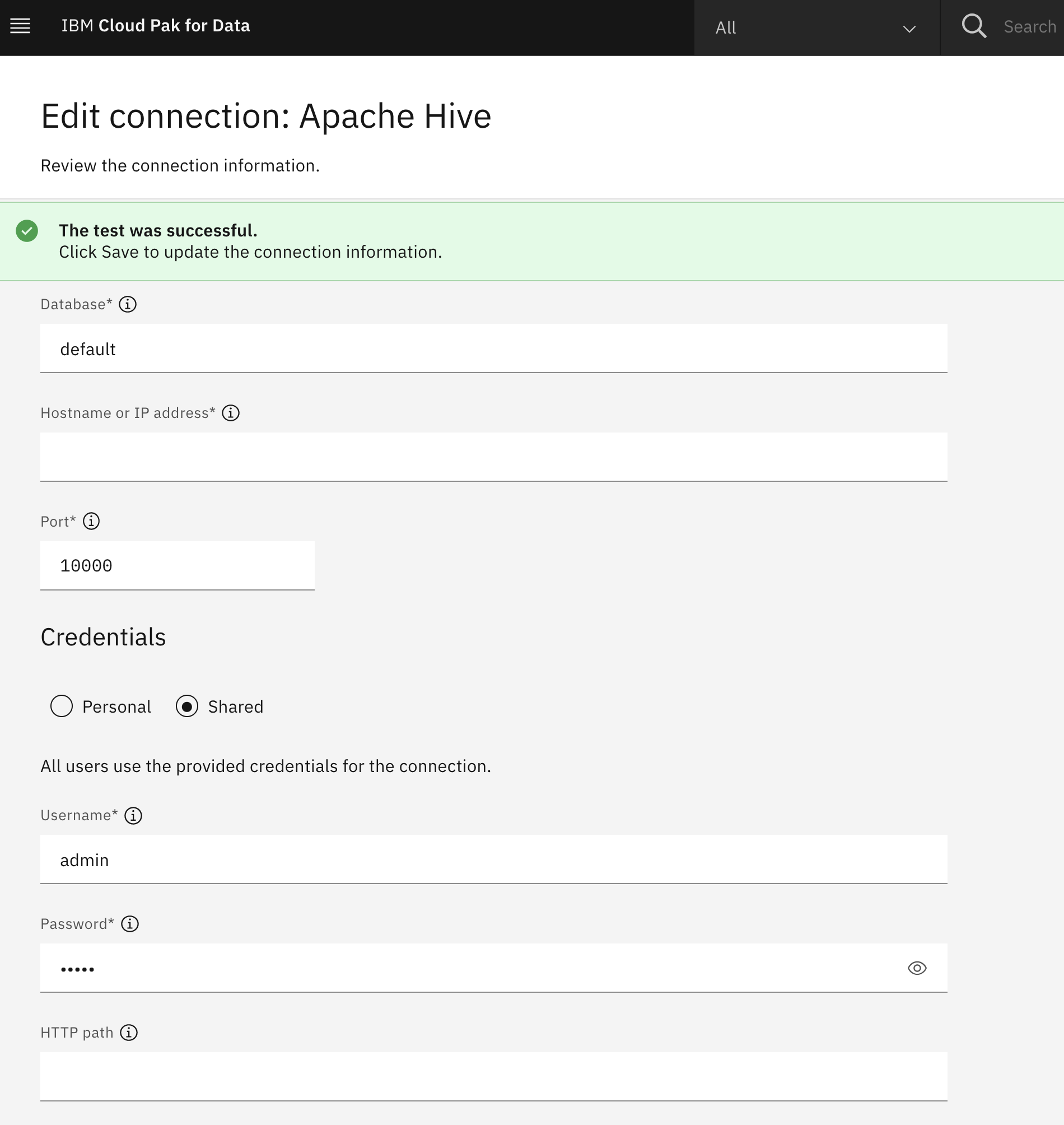 Cloud Pak for Data: View the data with Data Refinery