Canadian software guy working at IBM and living in Toronto.

If you’ve ever worked at IBM then you know what Bluepages is, for those who don’t, it’s the company’s LDAP server. It’s most commonly used via a web interface where employees can look up other employees. Check it out below. 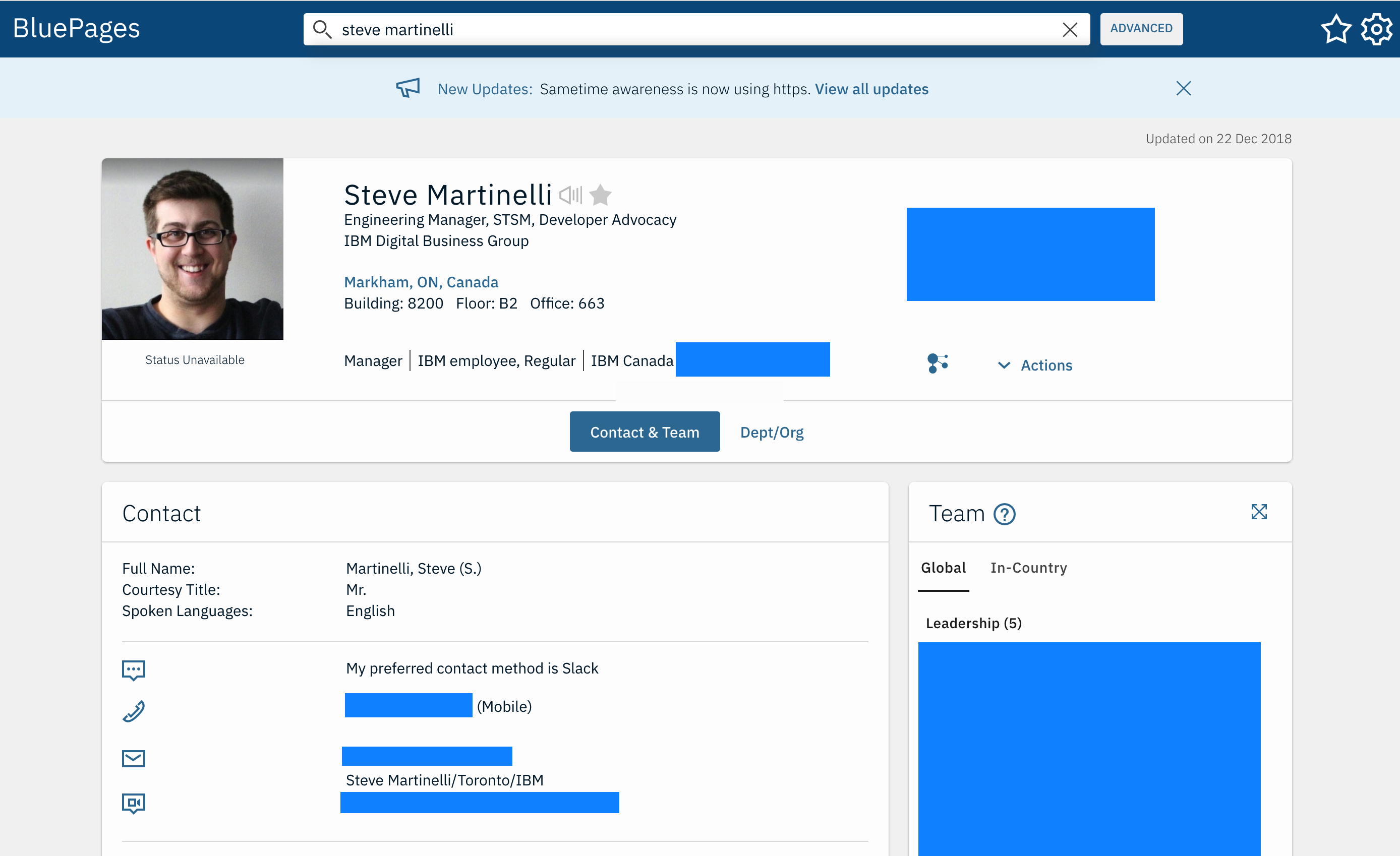 As part of my day job I help run the IBM Developer site, which lists a bunch of our Developer Advocates. Recently someone left the company and their page remained until someone made a PR to remove it. I saw this as an opportunity to ideate how I would improve things. A bit of Python and a travis job that runs daily to remove users that are not found should do the trick!

So I quickly wrote some python code using the python-ldap project, which wraps the openLDAP client, so ensure you have those two installed before looking at the Python code below.

Then fire up your favorite editor and write a few lines of code to anonymously bind and look up a user. You can look up a user by email using the email=* query or by name using cn=*.

What I like about the python-ldap library is that it makes things simple. Even after working for years on OpenStack’s Identity service I still scratch my head if given too many prompts.

Hope this helps other IBMers looking to whip up a quick prototype or two!

UPDATE: How to authenticate

I’ve had a few requests internally about why folks can’t authenticate to our LDAP with pyldap. It was the same problem every time. Folks were trying to authenticate with their email address instead of the full DN. Here’s some sample code with comments to show how to authenticate.

Nuke a whole IBM Cloud account and delete all its resources..

A short reflection on one month of daily-ish coding challenges.

VMs and Containers: Scale up vs. Scale Out

5 things to include when writing about an accomplishment

Make those end of year reports less painful by remembering to include information that helps give context to the reader.