Late on July 15th I made a tweet that received a good amount of traction. Almost 2000 likes, 100+ replies and 100+ retweets. It was very unusual (and a bit unsettling) to have that kind of a reaction. Check out the tweet below. Also, it’s worth nothing that I have nothing against recruiters, it’s a tough job and the ones I’ve met personally are all lovely (Especially Jill Wohlner). I just thought it was a bit funny and worth sharing. Here it is:

It finally happened. I was asked if I'm interested in a job at a company that I already work for. pic.twitter.com/Tg53ghvvyS

The next day, the 16th, my Twitter notifications were going bonkers, once the dust settled I thought it would be worth writing up about the numbers associated with the tweet. You can check out the engagements and impression below. One thing that stood out is the “Number of new followers” is stated to be 2 but infact my follower counts grew by 100. Not sure how Twitter is measuring this but it seems off. 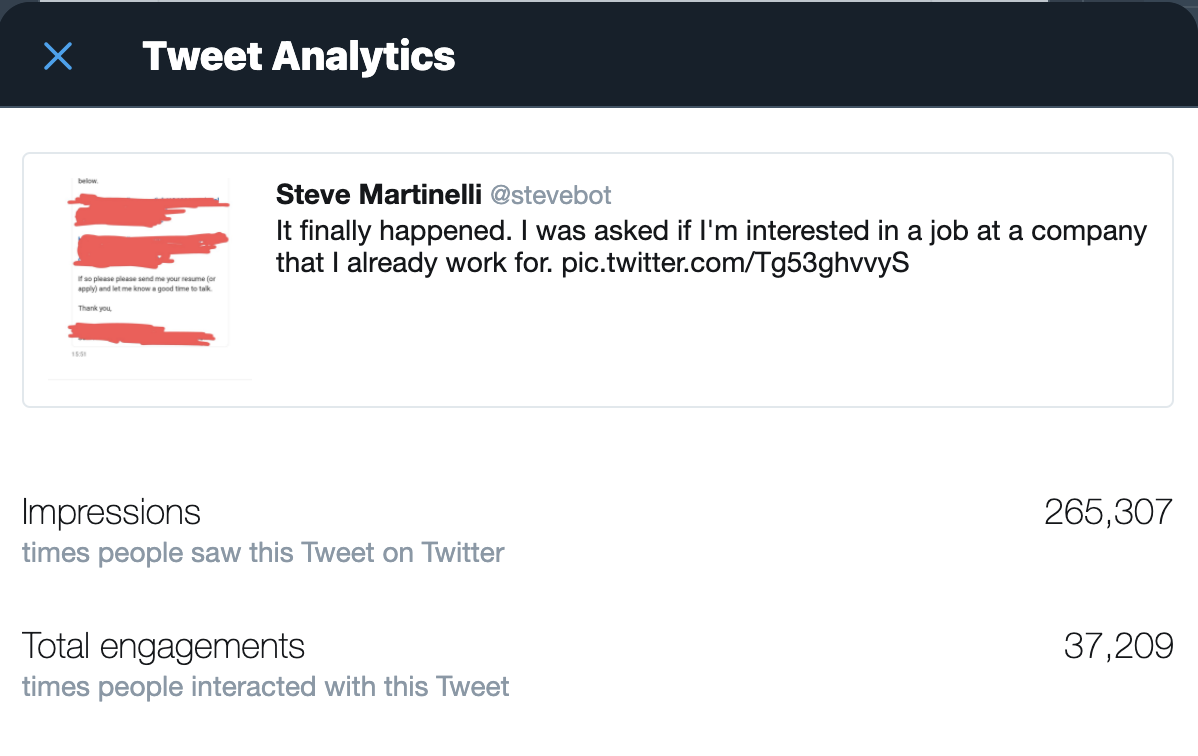 An interesting side effect was the uptick in traffic I saw on both LinkedIn and this site, stevemar.net. LinkedIn reported nearly 200 profile views in a week, which was around 20% higher than usual. 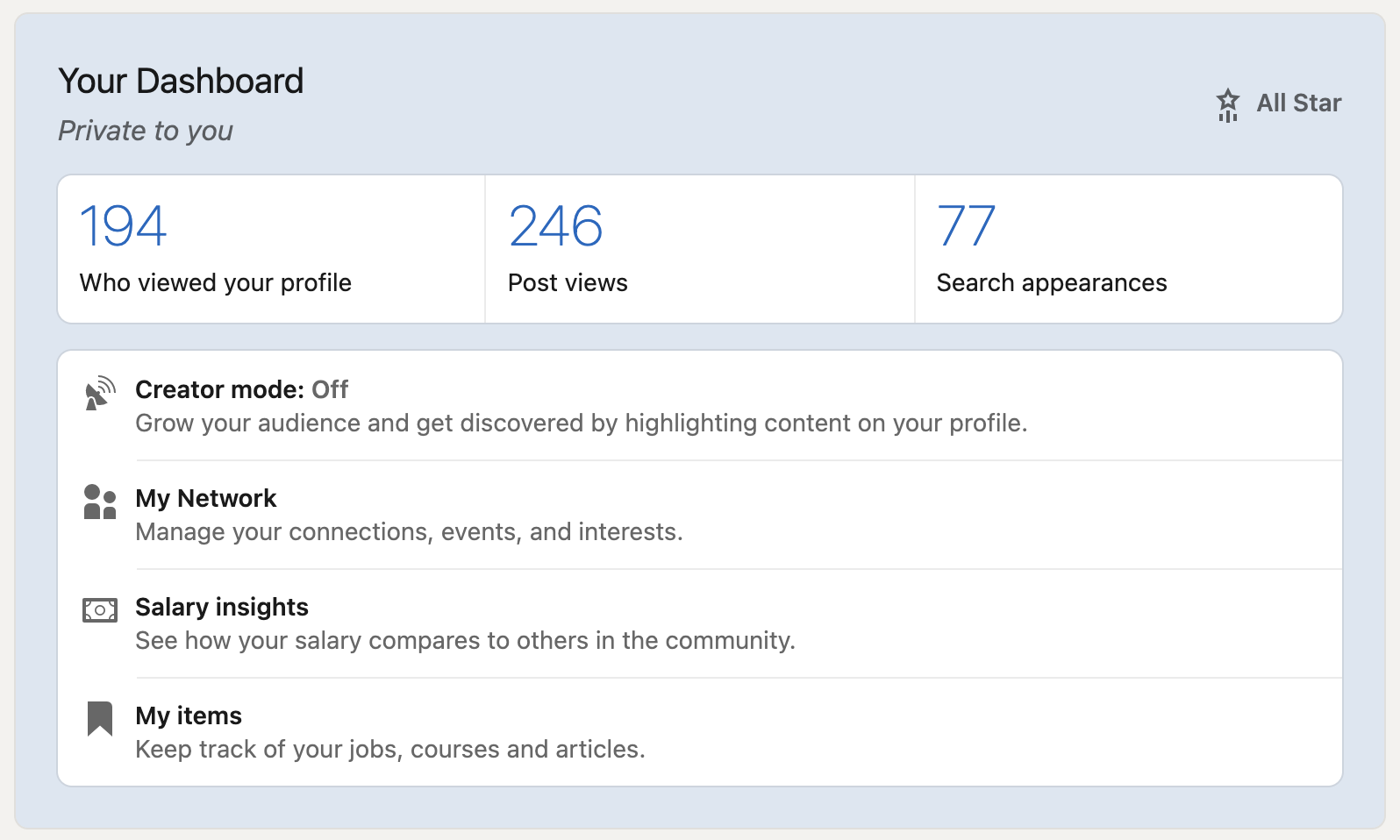 Another site that benefitted from the tweet was, this one! Google Analytics has some great tools to view where the traffic is coming from (geographically and source on the web), concurrent traffic, and active users. Check out some of the pics below. In short, on the 16th you can see traffic to my site peak and it was coming mostly from Twitter referrals, which makes sense since this site is in my Twitter bio. 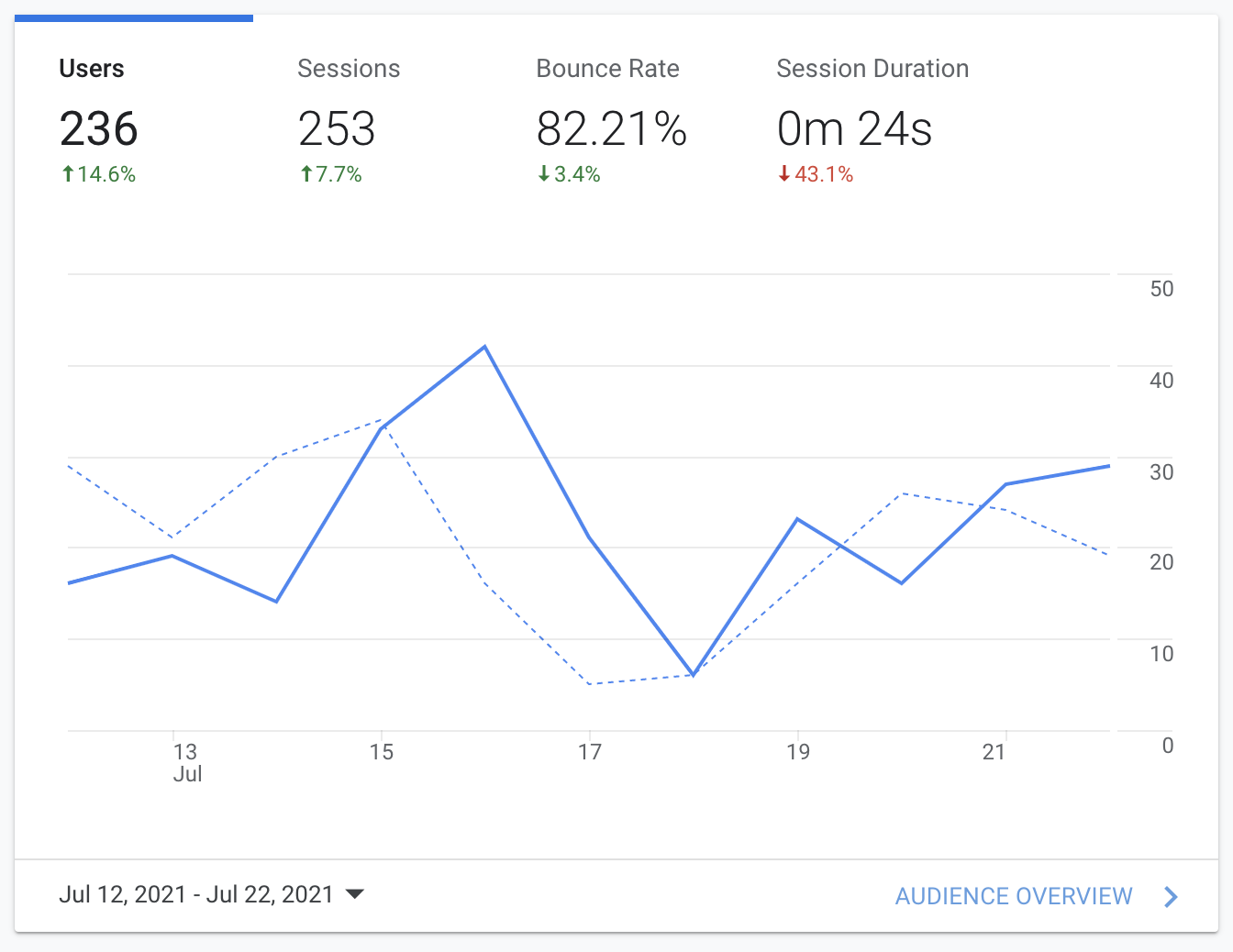 How much new traffic hit the site?

Traffic peaked on the 16th

Where did the traffic come from?

The majority of the traffic came from Twitter on the 16th.

How many users came to the site?

A new record of users visited the site.

The numbers that LinkedIn and my own site received were not that impressive when considering the numbers the initial Tweet received. I think the take away here is that events do not happen in a vaccum. What you do online will cascade to other mediums. Just some food for thought.