We jotted down a bunch of the stuff we wanted to automate or make easier, here’s a quick snapshot. Predicably, it’s a lot of the stuff we had to manually do earlier, like create repos or invite new users. 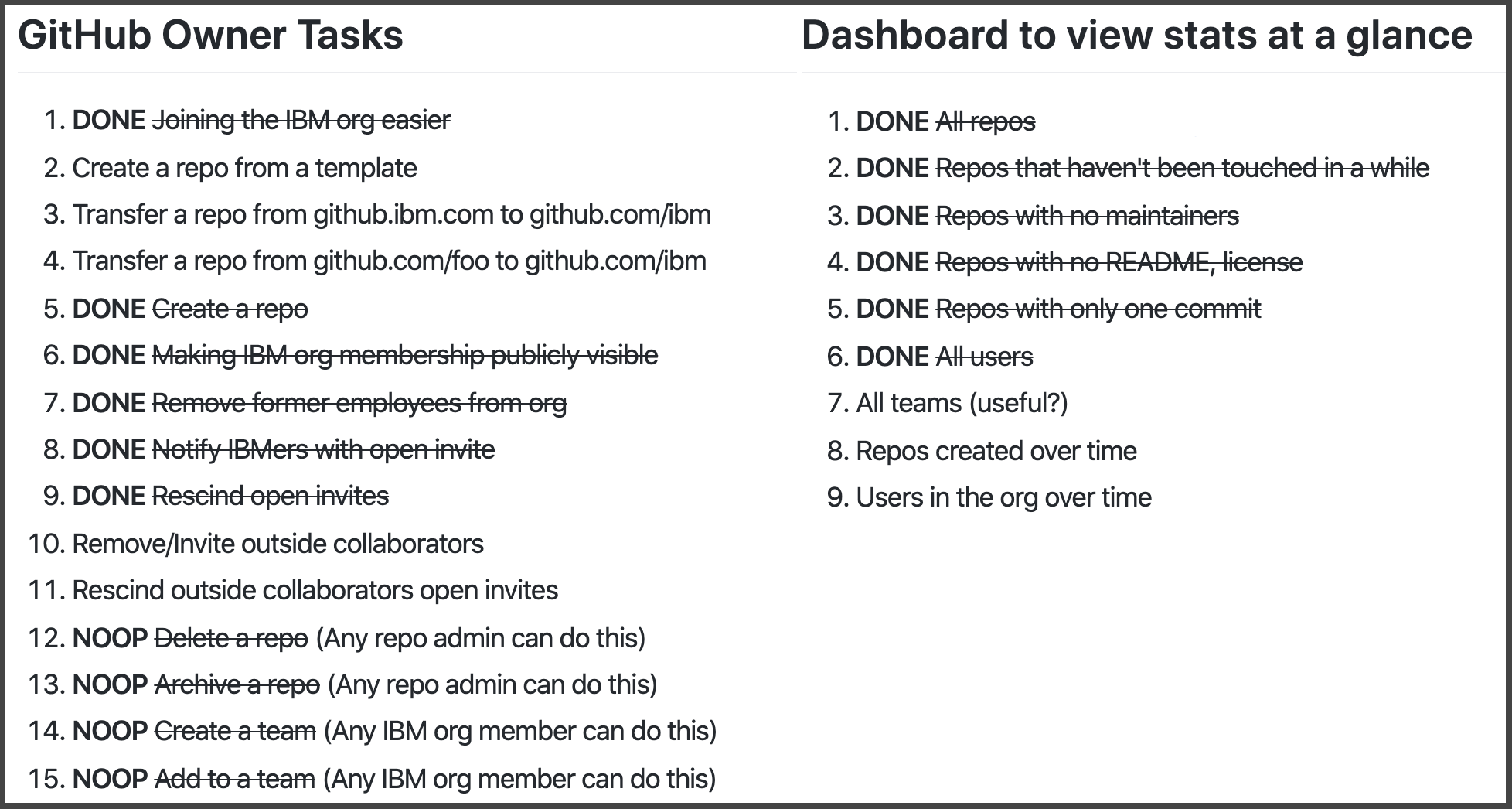 We took stock of what tools were available to us, not much. A web app that mapped GHE accounts to public GH accounts and a handful of javascript apps that one of the admins used to run manually every now and then.

We ended up accomplishing four keys tasks that helped knock a bunch of items off the TODO list:

We ended up using a variety of tools to accomplish all our tasks. We went heavy on Python and Bash given our background, but sprinkled in some Node for good measure. 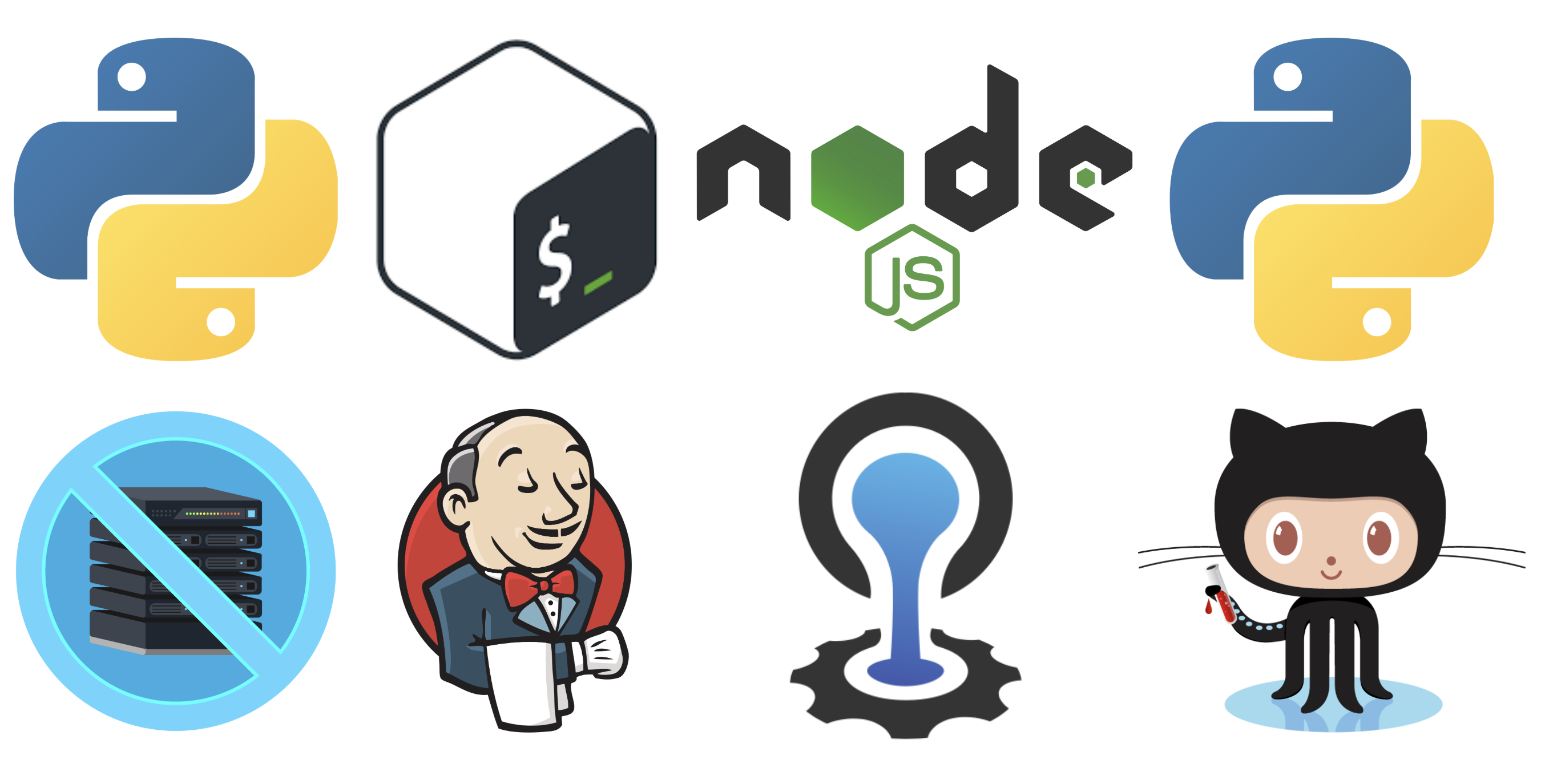 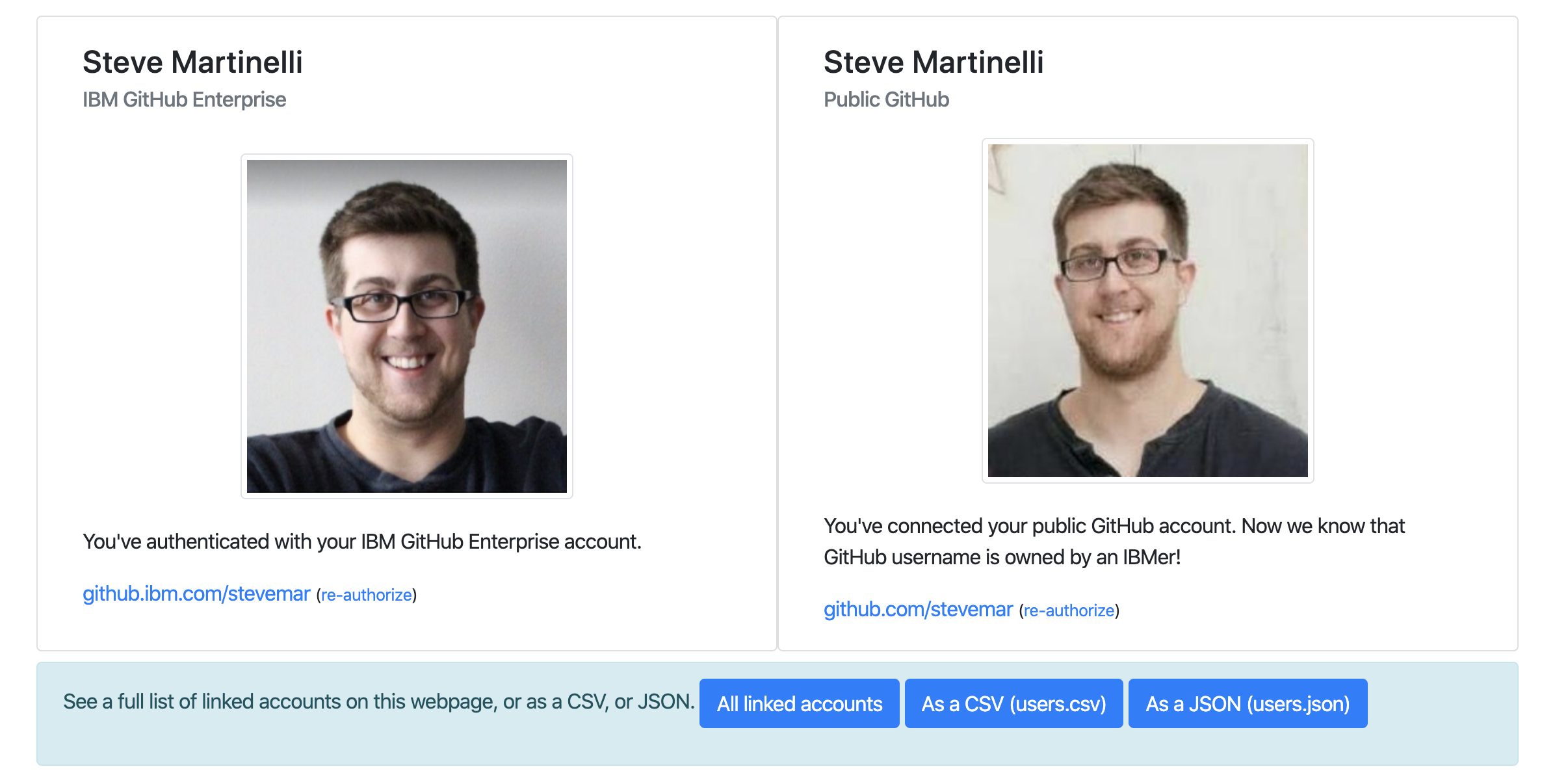 The flow of this is a user authenticates with their GitHub Enterprise and their public GitHub accounts and that relationship is saved to a Cloudant database. The web app and database are deployed to our internal cloud that can communicate with both outside and internal networks.

Credit for creating the app back in 2017 goes to @rmg and Ryan was kind enough to coach me through a few patches to the repo.

So why do we use this? a few reasons.

We use the data saved in our database as the source of truth for a few scripts that are run bi-weekly, see the next section for more details.

There were certain tasks that needed to be run on an internal, so we made use of an existing Jenkins deployment that could communicate with again internal and external networks. So, what do we run on Jenkins?

Given JJ’s sys admin background, it was very easy to use bash for our purposes, so we have a few shell scripts that:

This has already been written about on IBM Developer: https://developer.ibm.com/tutorials/github-task-automation-with-serverless-actions/ 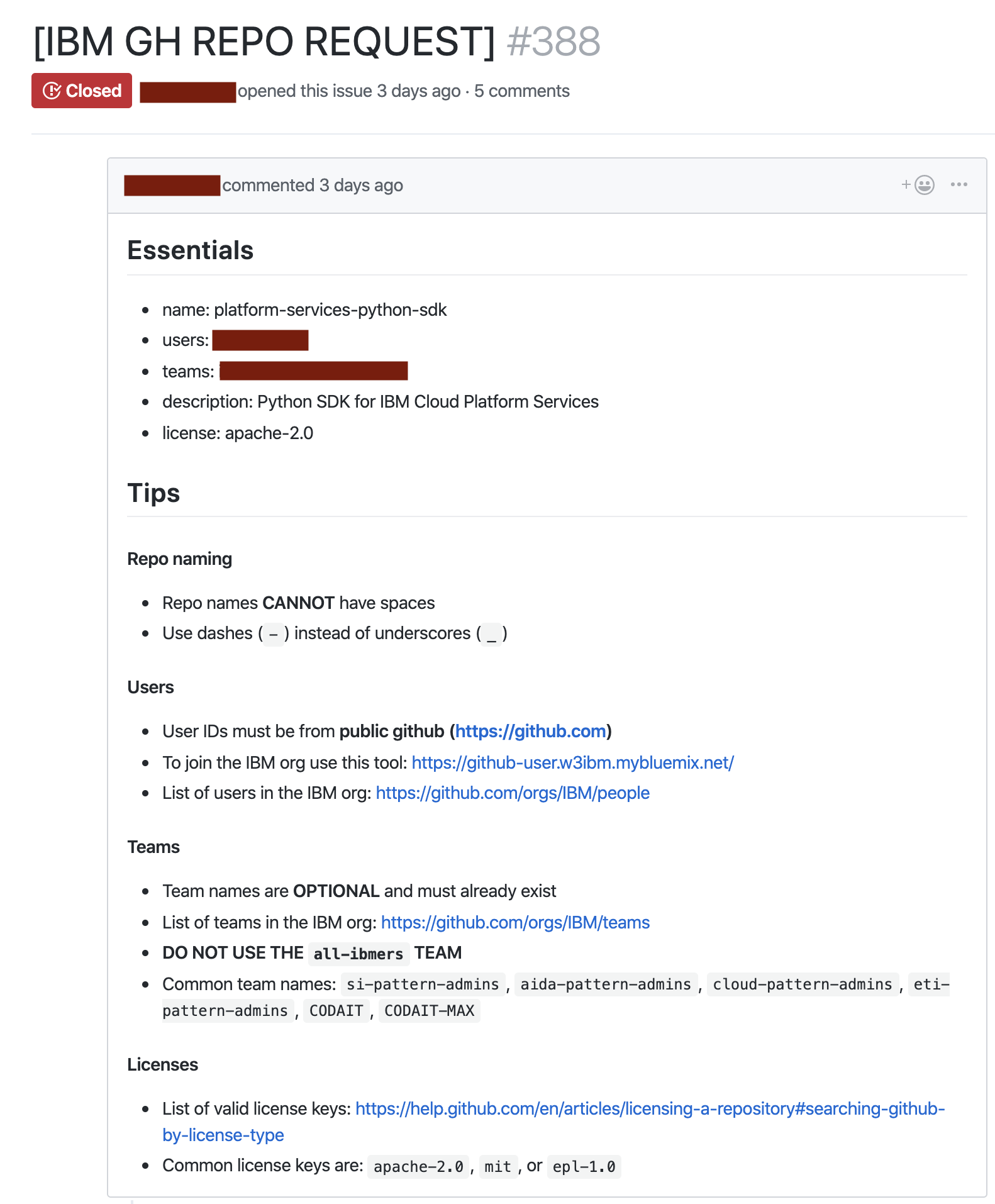 Requesting a new repo was probably 75% of the requests that I was fielding, it needed to be automated. Of course, as I was looking aorund at serverless technologies I felt the urge to scratch this itch. So I ended up creating a serverless action that reacts to new issues (and issue edits) for a specific repository. There are automated checks that post results in comments for the issue that give the originator some feedback, like “the user doesn’t exist” or “the user specified is not in the org, use the account linker…”.

Overall, our “bot” (it’s not really a bot, but it sounds fun) has fielded over 350 requests in around 6 months with pretty positive feedback.

I needed a quick dashboard to find specific information about the repo. GitHub provides all this information but it’s really handy to have it all in one place that is easily searchable and sortable, rather than going into each individual repo. And yes, we looked at tools like repolinter but we needed something that provided GitHub specific status, not just any git repo stats. Things like, maintainers of the repo or if a repo is archived or not. Also, it was rather frustrating that the CLI didn’t support machine readable output (like JSON or YAML) by default.

The way this tool works is by running with Travis CI a nightly job that calls a python script to get all the data, it’s then saved in a YAML and using Jinja is transformed into HTML. It’s all checked into a github repo and viewable with GitHub pages. I have a version you can find online in my spog repository.

Is this perfect? Not by a long shot. But it’s significantly better than where we were, and for that, we’re happy.